As we planned CRAP Talks 8, the Brain Trust weren’t aware of the date landing on the semi-final of the World Cup, which it did. Although England fought their way to that stage, luckily, they didn’t play that night! Even so, we still anticipated a reduction in attendee numbers for the France v Belgium match, but sacrebleu, were we wrong! This was the debut of a company collaboration with CRAP, and its innovation has paved the way for this style of meetup to continue.

Held at the enormous and stunning Hotels.com offices on the fifth floor, there was more than enough space for the guests to wander around talking to their peers before the talks began. Although slightly hot due to the inescapably humid weather, Hotels.com had also opened their balcony to us for drinks, which had an area almost double the size of the indoor event area and had a breath-taking 360-degree view of London’s skyline in the early evening.

We screened the football match on mute behind the seating area (which may explain why some attendees chose to stand at the back!) so those who were diehard followers of the World Cup could keep an eye on the score during the applauses between speakers. With a list mainly comprised of Hotels.com employees, here began our all-inclusive journey of discovering some of their most interesting projects. Let’s kick off!

The night’s theme mainly revolved around conversion rate optimisation testing, supported of course by analytics and product team theories. With an official compère this time to escort us from talk to talk, we were treated to insights from a broad array of talent. The quality of talks was positively TED-worthy, complete with live exclusive demonstrations of their latest bespoke tools.

We learnt about the importance of statistical significance and were challenged to define a truly ‘data-driven’ culture. They spoke about testing coming before building in the methodology of their 500+ tests per year, to save time and use a ‘learn-rate’ metric to measure how many times a test is measured to prove its practicality. They addressed A/B tests are not models and are ineffective in explaining the reason for the customers’ reaction, so we heard about the impact of researching user behaviour and predicting the lifespan of a particular test to understand its durability.

The final technical talk from a non-Hotels.com speaker involved a provocative topic on data science vs data religion, complete with a well organised, clever order of service structure and excommunication strategy. Shaun from Cox Automotive spoke about data science being the ‘what’, data religion being the ‘why’, and where the ‘how’ is missing from both these ideas. Unique as well as humorous, it was a delightful way to wrap up the technical talks of the night. Those who left during the short recess before this talk really did miss out!

Last up was the ‘unrelated to industry’ slot with something very special to share. After approaching Bhav after CRAP #7 to explore how my skills could be used to fill any gaps in his spectacular Brain Trust, not only did I walk away from the meeting with the official title of Content Creator, but also a slot on the stage at CRAP #8 to introduce a passion of Bhav’s and a hobby of mine – slam poetry.

Along with my friend Howard, who has been attending open mic slam poetry nights to perform his own work with me for the last two years, we described to the audience what slam poetry is and shared some of our own work together, which altered the mood dramatically.

Although I felt incredibly nervous taking the stage as the audience weren’t expecting it, as soon as I spoke my creative truth into the microphone and saw the surprised smiles on everyone’s faces, the stage fright melted away. Howard even made reference to Expedia in one of his poems, which gathered laughs from the audience!

A return to the balcony to relax after a night of talks which ran over time by forty-five minutes (!), the magical engagement and interaction continued, with so many more questions to ask and drinks to come. It really felt as though some thought-provoking mysteries had been shared. CRAP has something very different to offer, and everybody really did take away something valuable that night to practically use at work.

We are pleased to announce the next company collaboration we have arranged is Just Eat for CRAP #9 to be held on Wednesday September 5th, which promises to be a real feast of talent. Paving the way for more partnerships with pioneering e-commerce companies, Bhav has revolutionised takeovers of which every disruptive brand will want a slice. 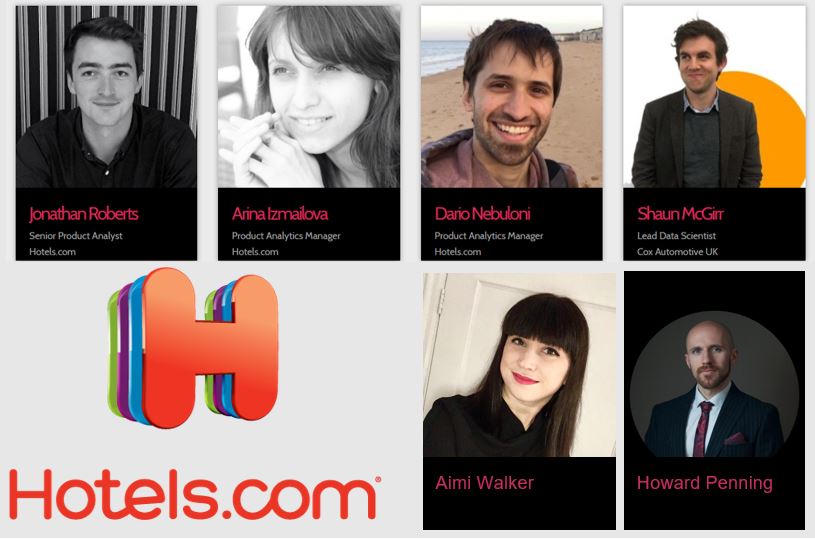